Happy New Year everyone! Below is our quick round-up of the latest news from the countries where our partners work. 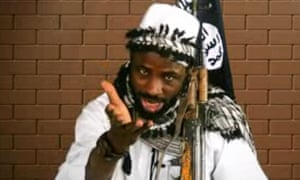 Screengrab of Abubakar Shekau in the video released on Tuesday: ‘We are in good health and nothing has happened to us.’ Photograph: AFP/Getty Images

Sudan:
Egypt wants ‘Sudan out’ of contentious dam talk: Egypt has proposed excluding Sudan from contentious negotiations over the future of the Grand Ethiopian Renaissance Dam